It is not unknown that a gaping loophole in the Indian Judiciary is the backlog of cases. The number of cases being filed in the Supreme Court is consistently on the rise. 34683 cases were filed in Supreme Court in the year 1999, whereas, 70350 were filed in the year 2008, the increase being about 103% nine years. There are cases dealing with a broad spectrum of issues such as family matters and property which continue for generations. Such cases continue for atrocious periods of time, ranging from 7 years to 30 years. In such a scenario, the channelling of cases to different courts set up specially for this purpose not only ensures their speedy disposal, but also ensures that the cases, being dealt by with experts in courts specially set up for this purpose; are dealt with more effectively. The saying that "justice delayed is justice denied" then becomes relevant to take into consideration. 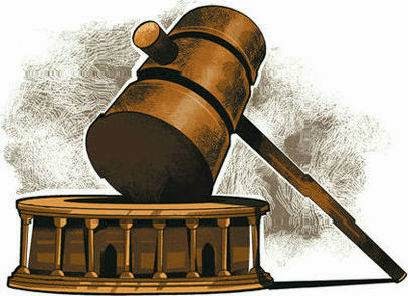 Further, pertinent to note here is that Marriage as an institution has become the subject of great judicial scrutiny. There are a number of judicial provisions dealing with marriage and its various aspects. The result is that, in addition to the various advantages that these legal provisions may provide; the privacy of this institution has been threatened. As per studies conducted in Mumbai and Delhi, 40 % of marriages are heading towards divorce. There are also cases of misuse of provisions like Section 498A of the Indian Penal Code, Protection of Women from Domestic Violence Act, Section 125 Criminal Procedure Code, Child Custody laws to name a few. There are issues like alimony which become the topic of great controversy and cause harassment to families. What further becomes a problem is that personal issues get intertwined with the legal issues and lead to the unnecessary prolonging of the disposal of these cases. The younger generation, being made a scapegoat in the changing times due to the ensuing cultural war between Conservatives and Liberals, wastes its useful youth in the precincts of the litigating corridors of the family courts, criminal courts and magistrate courts waiting in long queues being expectant of receiving justice.

The Family Courts Act, 1984 was part of the trends of legal reforms concerning women. Because of the building pressure from various institutions lobbying for the welfare of women all over the country, the Act was expected to facilitate satisfactory resolution of disputes concerning the family through a forum expected to work expeditiously in a just manner and with an approach ensuring maximum welfare of society and dignity of women. Prevalence of gender biased laws and oppressive social practices over centuries have denied justice and basic human rights to Indian women. The need to establish the Family Courts was first emphasized by the late Smt. Durgabai Deshmukh. After a tour of China in 1953, where she had occasion to study the working of family courts, Smt. Deshmukh discussed the subject with certain Judges and legal experts and then made a proposal to set up Family Courts in India to Prime Minister Pt. Jawaharlal Nehru.

To this background, a significant development has been the recent setting up of the Family Court in Delhi. Though such courts have been set up and are functioning in other states, the setting up of a family court in the Capital is a significant development and a step which was necessary to be taken. The main purpose behind setting up these Courts was to take the cases dealing with family matters away from the intimidating atmosphere of regular courts and ensure that a congenial environment is set up to deal with matters such as marriage, divorce, alimony, child custody etc. As mentioned earlier, an effective way of tackling the problem of pendency is to improve the efficiency of the system rather than changing the system altogether. A significant step is to make use of the available human resource. These family courts at Delhi are equipped with counsellors and psychologists who ensure that the disputes are handled by experts who do not forget that while there may be core legal issues to be dealt with; there is also a human and psychological dimension to be dealt with in these matters. The role of the counsellors is not limited to counselling but extends to reconciliation and mutual settlement wherever deemed feasible.

Special emphasis is put on settling the disputes by mediation and conciliation. This ensures that the matter is solved by an agreement between both the parties and reduces the chances of any further conflict. The aim is to give priority to mutual agreement over the usual process of adjudication. In short, the aim of these courts is to form a congenial atmosphere where family disputes are resolved amicably. The cases are kept away from the trappings of a formal legal system. The shackles of a formal legal system and the regular process of adjudication causes unnecessary prolonging of the matter and the dispute can worsen over time. This can be a very traumatic experience for the families and lead to personal and financial losses that can have a devastating effect on human relations as well. This again points to the importance of having guidance counsellors and psychological experts to deal with such matters.

The Act stipulates that a party is not entitled to be represented by a lawyer without the express permission of the Court. However, invariably the court grants this permission and usually it is a lawyer which represents the parties. The most unique aspect regarding the proceedings before the Family Court are that they are first referred to conciliation and only when the conciliation proceedings fail to resolve the issue successfully, the matter taken up for trial by the Court. The Conciliators are professionals who are appointed by the Court. Once a final order is passed, the aggrieved party has an option of filing an appeal before the High Court. Such appeal is to be heard by a bench consisting of two judges.

Issues of concern- are the Family Courts functioning towards fulfilling their purpose?
The Family Courts' main purpose is to assist the smooth and effective disposal of cases relating to family matters. However, like any other system there are certain issues which become a matter of concern when it comes to the working of these courts. One such issue is that of continuity. For example, in the family courts at Tamil Nadu, the counsellors are changed every three months. Thus, when cases stretch for a period of time which is longer than this, the woman or the aggrieved person has to adjust with new counsellors and their story has to be retold several times.

A major drawback of the Family Courts Act happens to be that it doesn't explicitly empower Courts to grant injunctions to prevent domestic violence. While there has been progress, viz the enactment of the Protection of Women from Domestic Violence Act, 2005 which now extends to punishing women for acts of violence as well; there are still issues of jurisdiction to be tackled. It must be understood that the Family Courts Act has to be read in totality i.e. in accordance with the provisions in other laws, for example, the Civil Procedure Code on matters of jurisdiction.

Since the Family Court has restrictive jurisdiction and does not have the power to decide issues of contempt, people do not seem to take the court as seriously as they would a magistrate or a city civil court. Further, it was laid down in the Family Courts Act that the majority of judges should be women. However, this provision has not been complied with. In the course of the workshop organised in March 2002 by the National Commission for Women, it was noted that there were only 18 women judges till then in the Family Courts in India out of 84 judges in all the 84 courts that existed at that time

Government is empowered to make rules prescribing some more qualifications. Apart from prescribing the qualification of the Judges of Family Courts, the Central Government has no role to play in the administration of this Act. Different High Courts have laid down different rules of the procedure. However, this lack of uniformity could also be one of the reasons behind the fact that family disputes are still being heard by civil courts. Family courts also need to align themselves with women's organizations and NGOs dealing with the welfare of families, women and children.

Another matter of confusion is that the Act, by virtue of Section 13 provides that the party before a Family Court shall not be entitled as of right to be represented by a legal practitioner. However, the court may, in the interest of justice, provide assistance of a legal expert as amicus curiae. This is an example of which the objective behind the family court is defeated due to the procedural lapses. The fact that the proceedings are conciliatory does not relieve them of the complicated legal issues which may be involved in the family dispute. The question is whether a lawyer's participation will be useful or detrimental to the performance of a family court. That is the crucial issue. It was suggested at the workshop that the Women's Commission should consider whether an amendment could be proposed to allow participation of lawyers subject to a proviso giving power to the court to terminate his vakalatnama if he uses delaying tactics by unnecessary adjournments. If such control is given to the court the lawyers will not be able to get adjournments. Further, a lay person may be totally unaware of the legal jargon that invariably comes into play during the proceedings.

Further, the substantive aspect of the law cannot be ignored because it is what cases are made of. A practical example of a problem with the substantive law is that many times, the husband in a divorce cases resorts to reconciliation mainly because he wants to escape the responsibility of giving maintenance to his wife.

Conclusion
It is evident that the setting up of these family courts was a dynamic step so far as reducing the backlog and disposing off cases while ensuring that there is an effective delivery of justice goes. However, as aforementioned, there are still matters of concern which plague these courts. The issues relating to the functioning of these courts is to be seen in total, as quoted in the examples relating to the procedural as well as substantive aspects of the problems. There are many controversial and debatable issues such as engaging a lawyer due to the specific provisions of the Family Courts Act.

Furthermore, the lack of uniformity regarding the rules laid down by different states also leads to confusion in its application. Merely passing a central legislation is not in itself a complete step; for implementation in its spirit, it is to be ensured that some level of uniformity is maintained, at least in the initial stages of its coming into effect. Further, the need to amend certain laws is also to be examined and implemented effectively in order to ensure that these courts do not face any hindrance in their working. These small steps, if examined and implemented within time, will go a long way to ensure that the Family Courts are successful, to a greater degree, to fulfil the noble purpose for which they were created.